Celebrate World Penguin Day by learning a bit more about these gorgeous creatures and how to help them.

It's finally arrived! Penguin Day is finally here and we couldn't be more excited! We're so excited in fact we've broken out into song and dance, like the adorable little Mumble in Happy Feet.

As it's a day all about penguins, the team here at Find Me A Gift are jumping at the opportunity to talk about one of the many animals we love, and think about how we can give them a bit of a helping hand.

While the largest species, the Emperor Penguin, is probably the best known of them all, there are an amazing array of penguins out there which you might not know about, for example the Adélie penguin!

The Adélie is the littlest, most widespread and quite possibly our favourite species of penguin in the Antarctic. Although they are most definitely adorable, they are also mischievous and feisty! When they're not taking on predators, they are protecting their eggs from run-off from melting Antarctic ice…even if that means stealing their pals' pebbles!! Hey, in a colony of half a million penguins only the Males with the best nests are going to attract a mate - a penguin's got to do what a penguin's got to do!

Although Adélie penguins are increasing in Antarctica, in areas where climate change is established the population has fallen by more than 65% in the past 25 years!

Another of our favourite species is the charismatic Northern Rockhopper Penguin! This species of penguin is known to be gregarious; there are no 'billy-no-mates' here! Being social is also a necessity to this colony as they rely on sounds to identify danger and protect their territory. 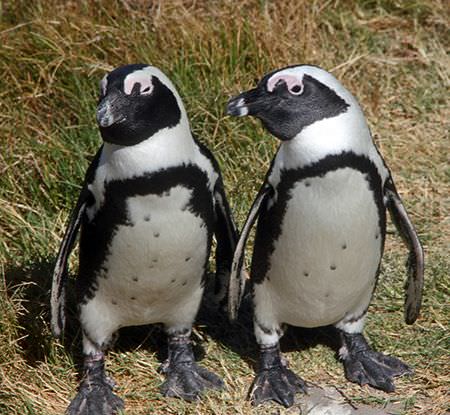 to their majestic Emperor Penguins cousins, it's generally agreed that penguins don't lead the easiest of lives! Whether they're battling the cold or fending off predators, they've proven themselves to be hardy individuals and incredibly dedicated parents. Emperor Penguins in Antarctica breed in the coldest conditions of any bird species, where temperatures reach -40° (F/C). They are seriously cool birds…

But when your chicks look like this, it's not at all surprising that penguin parents go to the lengths they do to rear them! 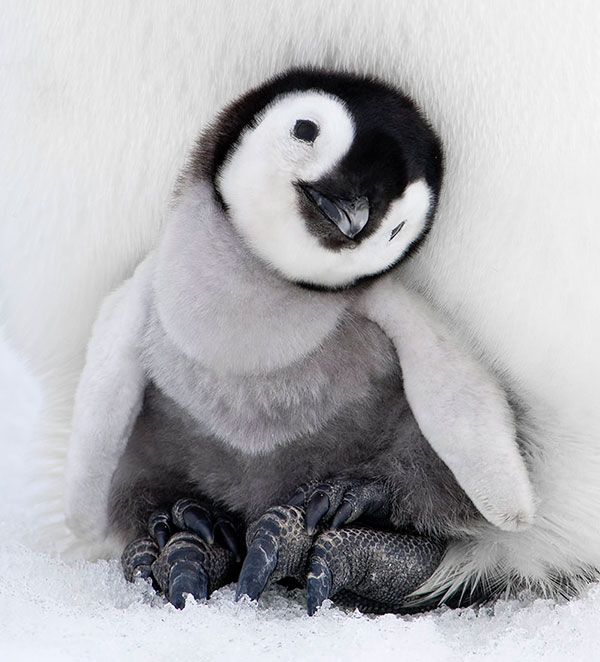 THEY'RE SO CUTE AND FLUFFY!!

With the catastrophic onset of climate change, however, the cold weather that the penguins battle against, but ultimately need for survival, is changing. Their landscape is under threat as more mild weather is becoming the norm and the ice the penguins live on is receding.

It's not an easy read, because it's so sad, but if you want to learn more about the effect climate change is having on penguin populations, this article by Defenders of Wildlife is really informative. If you would like to help, there are loads of charities like the WWF and Wild Planet Trust Coasts where you can adopt a penguin and provide funds which support work towards penguin conservation. You can also adopt a penguin through Find Me A Gift, it's a gift animal lovers will appreciate on any occasion and is second to none for that heart-warming gift-giving feeling! Let's do what we can this World Penguin Day to try and ensure our penguin pals get to walk off into the icy sunset, for as long as possible!